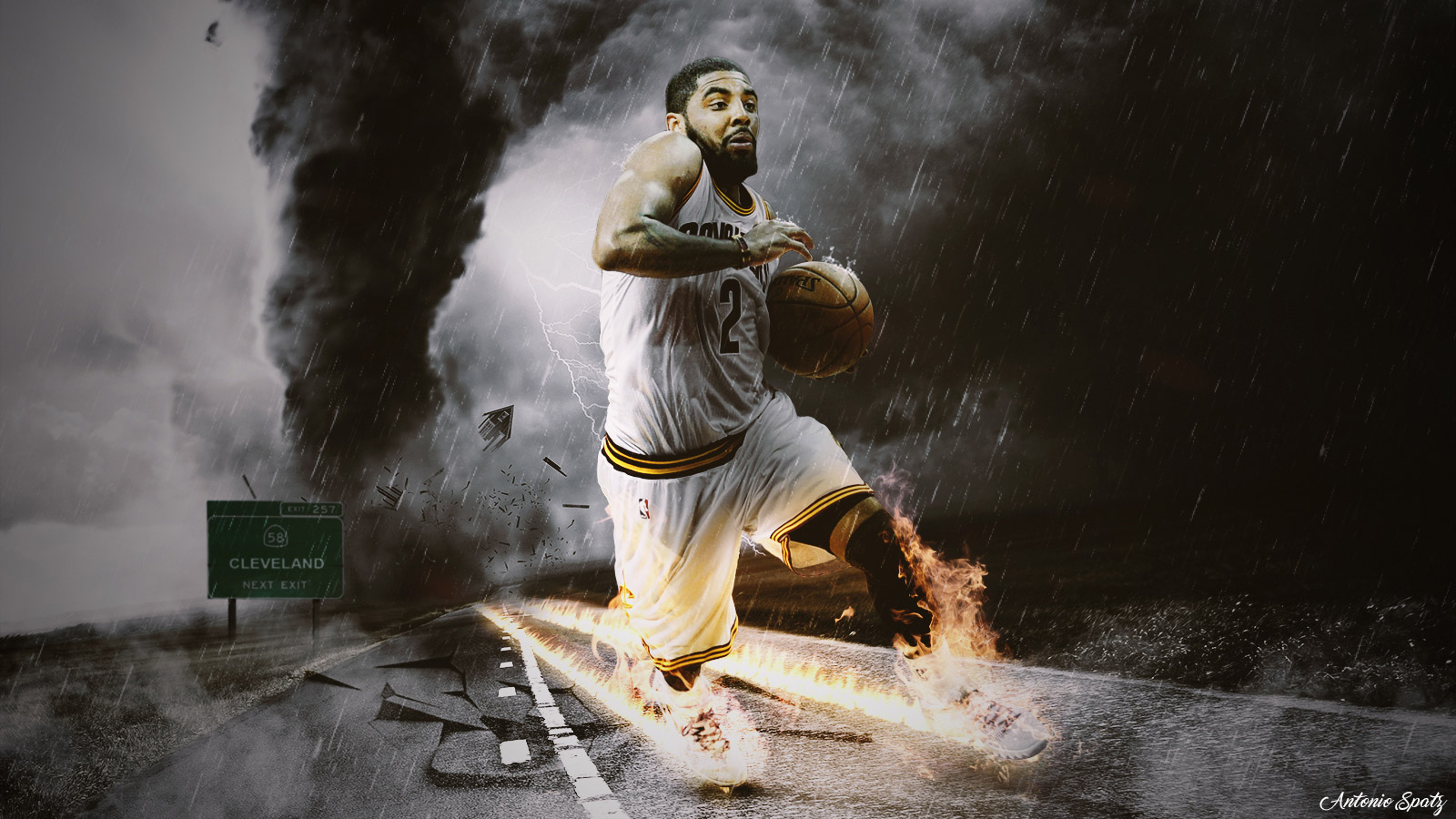 And here’s wallpaper of Kyrie Irving who plays on fire in last 3 games… This is his first career NBA Finals series and it looks like he’s getting used to playing in it… After game 2 of Finals series in which he had only 10 points, in following 3 games he was on fire by scoring 30, 34 and 41 points… Cavaliers will need him on the same high level in game 6 and potential game 7 if they want to avoid becoming 33rd team who lost Finals series after 3-1 deficit. Wallpaper was designed by Antonio Spatz