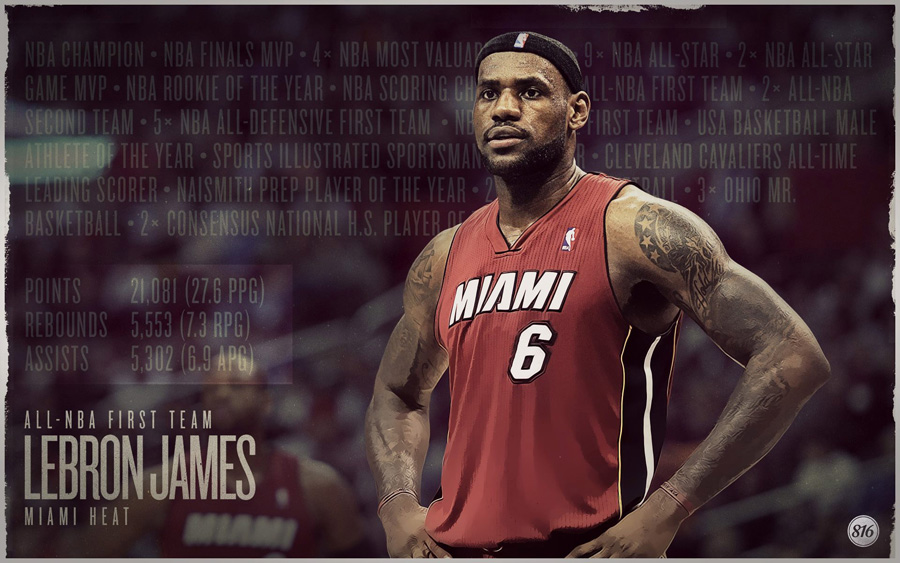 Second forward of 2013 All-NBA First Team is LeBron James… King James had fantastic year this season, he was named regular season MVP and led Heat to the best score at the end of season… wallpaper was made by Chris Francis…
Share With Friends