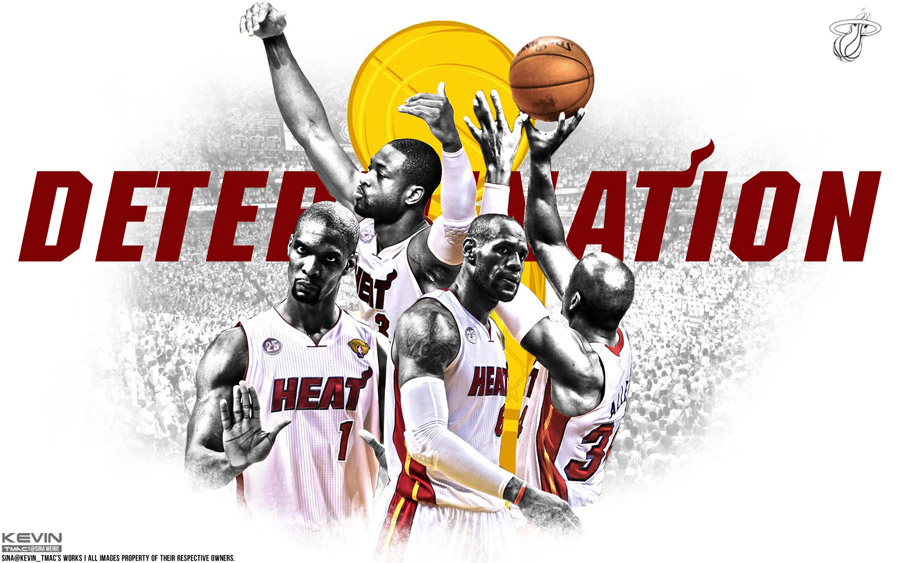 Miami Heat came back from losing game 6 of 2013 NBA Finals and also a chance to defend title they won last season… there was a little bit of everything – good plays, tough defense, some luck definitly, some might say even help from referees but one ingridient that was there for sure was determination of Heat players to not give up even when Spurs had +10 at the end of 3rd quarter and when game looked 100% lost for Heat by looking at the way Heat and Spurs played up to that moment… wallpaper was made by Kevin-tmac…
Share With Friends