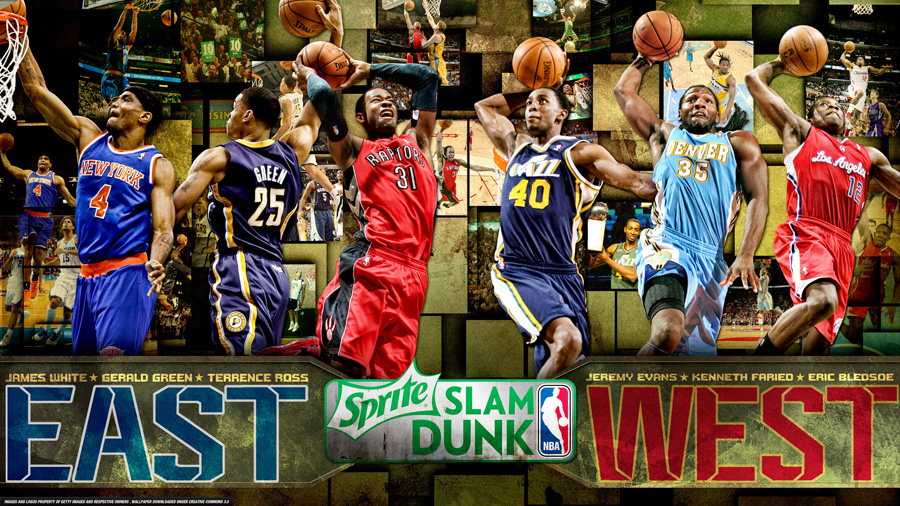 NBA announced players who will compete in 2013 NBA All-Star Saturday events yesterday, and one event that really looks promising (unlike previous few years) is slam-dunk contest… this is widescreen wallpaper of 6 players (James "Flight" White, Gerald Green, Terrence Ross, Jeremy Evans, Kenneth Faried, and Eric Bledsoe) who will bring their best slam dunks (hopefully) and fight for title of the best dunker of 2012 NBA All-Star… this great wallpaper was made by Ryan Hurst…
Share With Friends