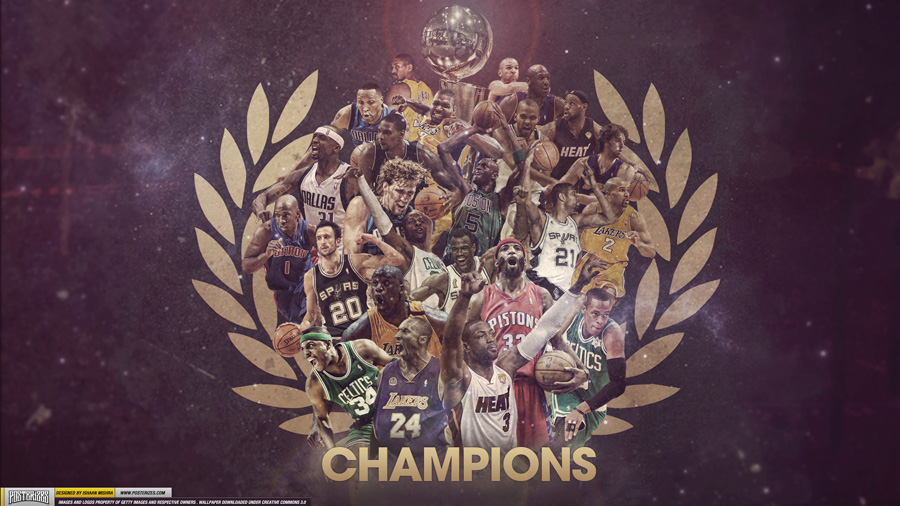 About an hour ago i was browsing net and stumbled upon great video and wallpaper, both made to cover NBA Finals and NBA champions in period 1999-2012 (Starting from first Spurs title ending with 2012 Heat title)… Wallpaper features main stars of all championship teams in this period… you can watch video remix on YouTube, i have to say it’s awesome and shouldn’t be missed by any NBA fan… wallpaper was also made by Ishaan Mishra…
Share With Friends