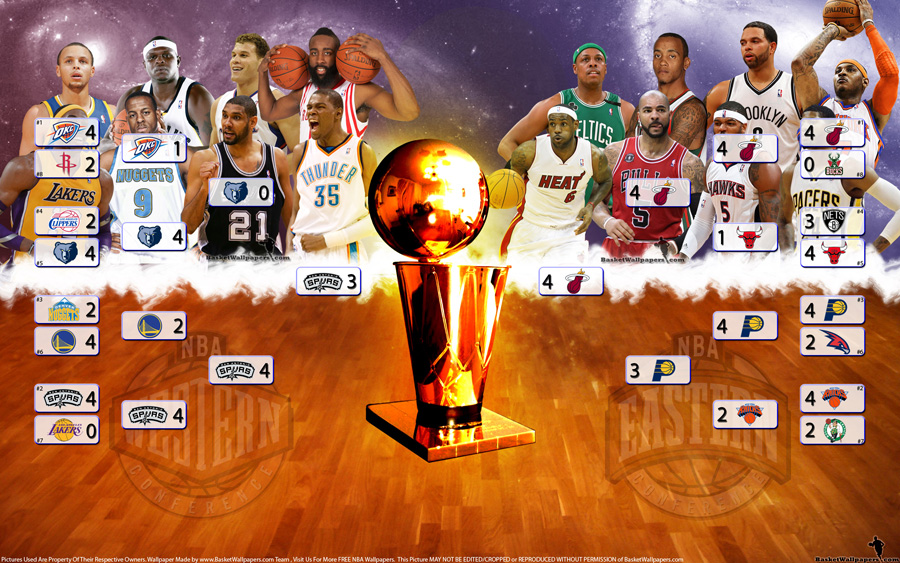 Like every year before, it was pleasure for me doing all this

Let’s move to actual playoffs now… Miami Heat defended title from last year and won 3rd title in team history… LeBron James was named NBA Finals MVP for 2nd straight year, LeBron James who led Heat in 6th and 7th games when it was the hardest to do that in situation when team is facing elimination… Respect for that !!!! Mentioning respect – Spurs have the highest respect for what they have done this season… Title could be easily theirs, from one point of view it’s a shame it’s not because it would be a great end of Spurs 15-years long era that was truly great and like from a fairy tale… I know many will accuse Tim Duncan for missing that layup at the end of game 7, or Manu for turnover after baseline drive… But if someone is to blame it has to be coach Greg for letting Miami Heat execute their play with +3 for Spurs in game 6… But on the other hand, Pop’s decision not to foul and play fair is what makes him a true gentleman and man of high honor in my eyes, a man who puts honor in front of personal success !!!! And people like that are extremely rare in this corrupted world we all live in today