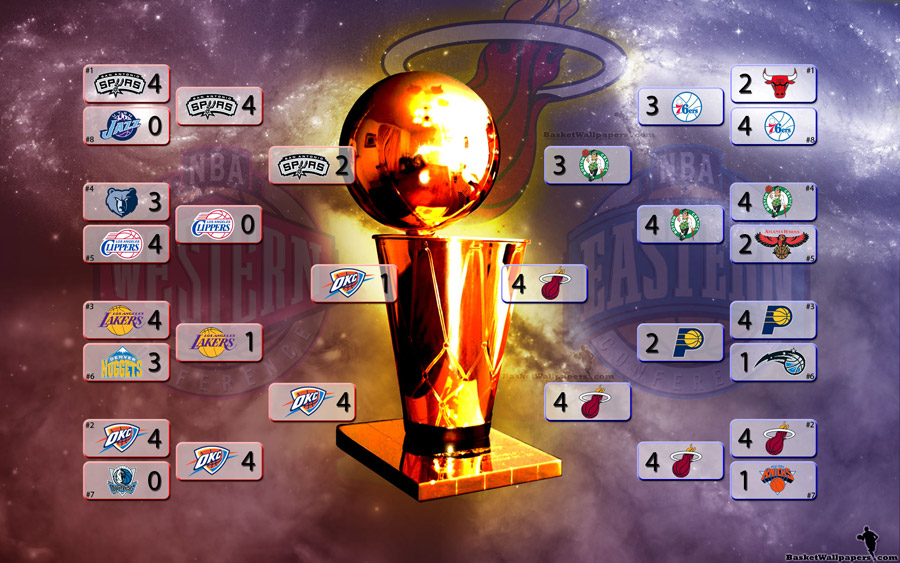 2012 NBA Playoffs are over and we have new champion – Miami Heat… Lots of great games and player performances, many beautiful moves and shots, emotions, pressure… All that is behind us and in the end one team won it all… First of all, i want to congratulate to Miami Heat team on title… Second, i want to congratulate to LeBron James individually for winning 2012 NBA Finals MVP award and for regaining his personal life back… I hope there will be less bullc*ap and hating all over the Internet now (not only to LeBron but to all NBA stars)… People tend to forget this is sport, that these stars are also people made of flesh and blood, people with feelings… Listening LeBron’s interview after game and everything he said made me cry… He is few years younger then me and as much as i consider myself mature and strong person i doubt i would be capable of going through all sh*t he went since he was a teenager… as he said: "It took me to go all to the top and hit rock bottom basically to realize what i needed to do."

In the end, i want to thank you all for being with me for 1 more NBA season… Considering all problems before start of season, long lockout and di*k measuring between NBA management and players union, possibility of losing whole season… – we had very good season and playoffs i have to say

Looking back at site progress this year, the biggest change was moving to daily updates… I had many new designers getting in touch with me and asking to post their works on site… Playoffs wallpaper was redone and made widescreen… Regarding site visitors, daily average whole season was between 8 and 10 thousands with peaks of over 35000 a day during All-Star weekend, Christmas day games and playoffs… Once again, thank you all for visiting this site

Well, now i have to go and find record of game 5 and watch it – i spent whole yesterday’s day sleeping (i was at dentist and got 1 tooth pulled out, all of you who ever done it know how tough it is)… irony, i watched lots of games through playoffs, watched all 4 games of finals series and then i missed 5th game when one of teams won title