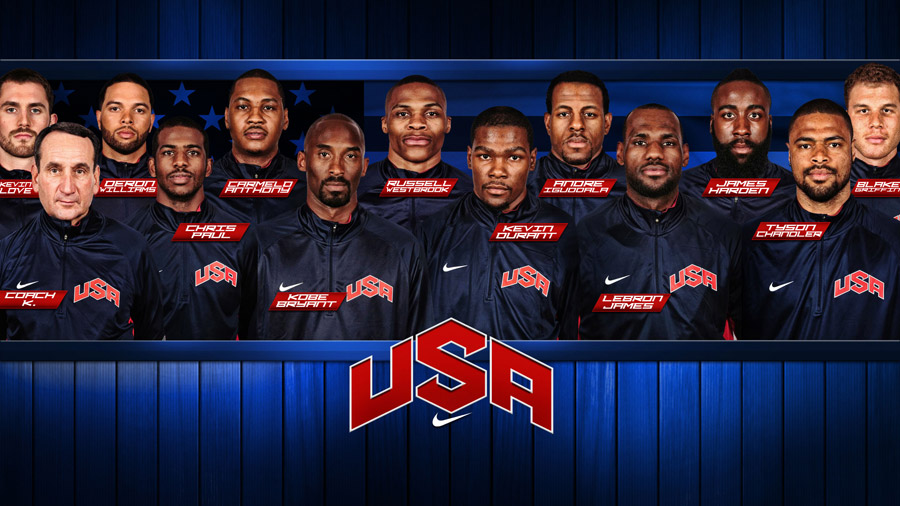 2012 Olympic games are less then 1 month ahead of us and after FIBA Qualifying Tournament we know all 12 national teams that will compete for medals… However, one team stands high above all others, one team has roster that’s filled up with some of the best basketball players on the planet… so here’s widescreen wallpaper of 2012 Dream Team that will represent USA on 2012 Olympics basketball tournament and try to continue USA domination at olympic games from past… wallpaper was made by Ryan Hurst…
Share With Friends