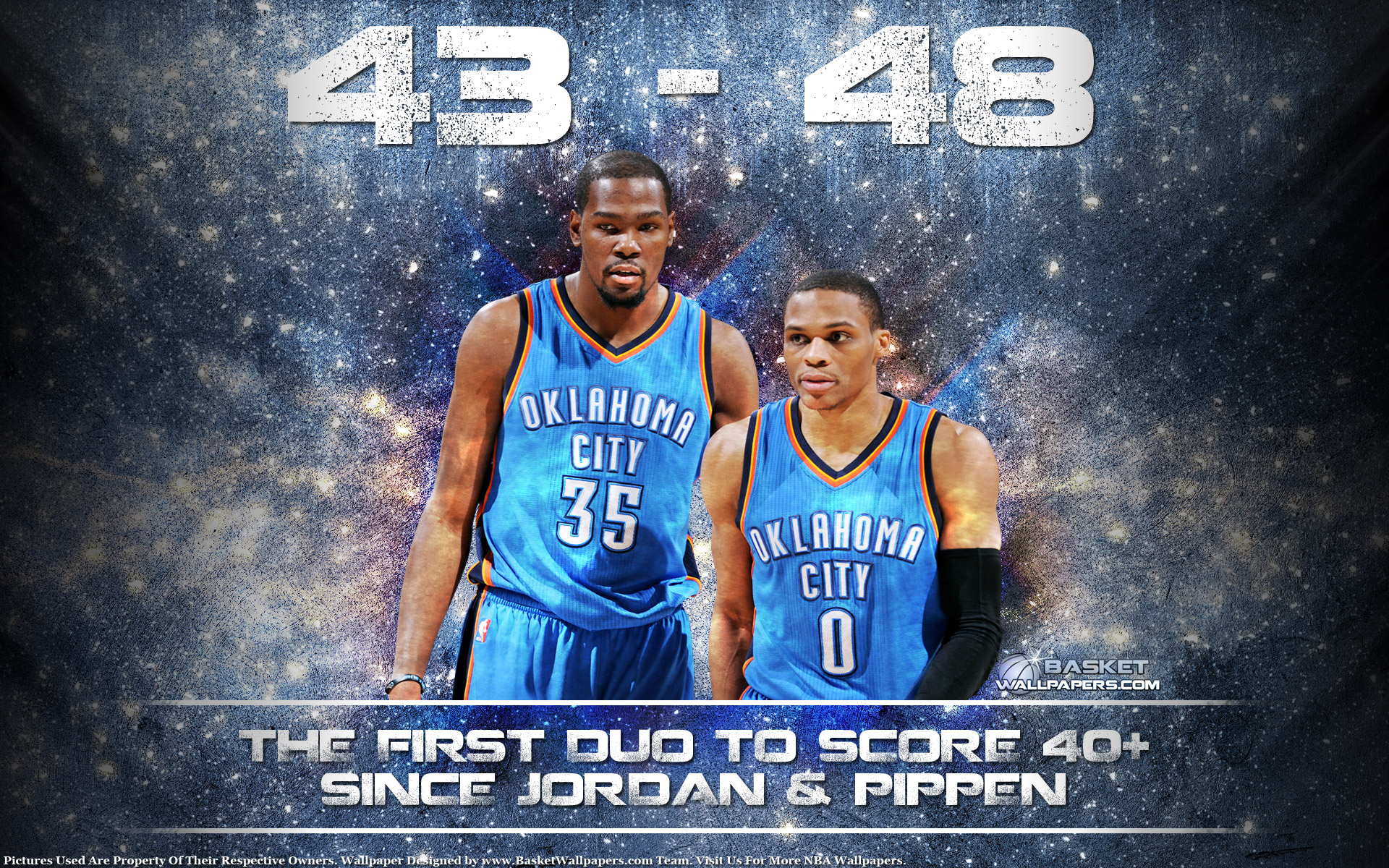 OKC Thunder fans didn’t have to wait long to be proud of their team… 2015-2016 NBA season started just few days ago and OKC Thunder players already showed that with healthy Kevin Durant they will be one of top NBA teams this year… Kevin Durant and Russell Westbrook had HUGE game against Magic (2nd Thunder game of season) and they finished match with 43 and 48 points… They became the first teammates who (both) scored over 40 points in regular season game since Michael Jordan and Scottie Pippen did it back in 1996. (in the meantime Reggie Miller and Jalen Rose did this but it was in Playoffs 2000.)… So i just wanted to make wallpaper of KD and Westbrook, to honor their fantastic performance