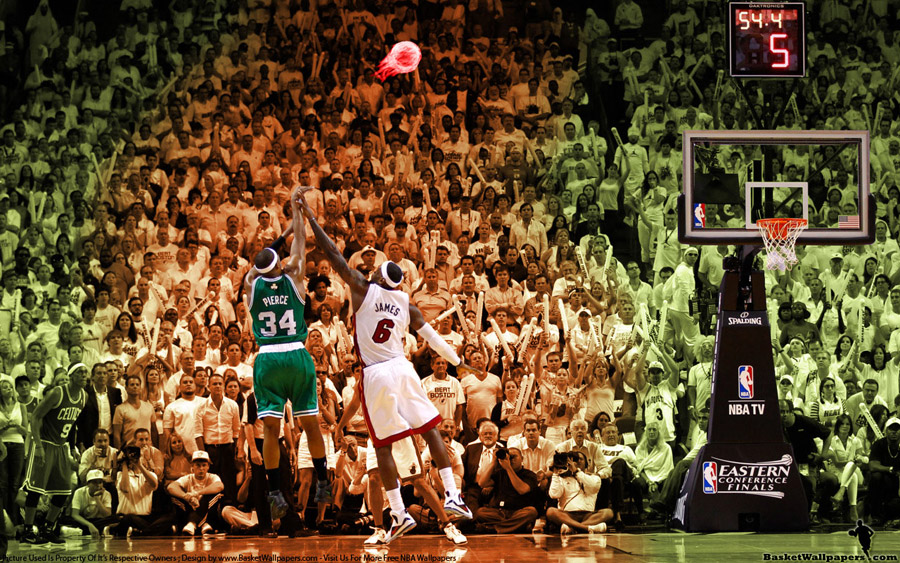 after Celtics won game 5 of eastern finals i received a request from Steven McDaniel at BasketWallpapers.com fb fan page to make wallpaper of Pierce hitting 3 in LeBron’s face (i’m quoting his words) so here’s a simple photo manipulation wallpaper i made for him… also, this wallpaper is the main reason i skiped update yesterday, it took me few hours to find good pic of shot at the Internet and a bit more time to play with it, and by the time i was nearly done i had to go out and when i got back home it was already too late so i went to sleep and had to skip update

wallpaper was made by BasketWallpapers.com Team…
Share With Friends