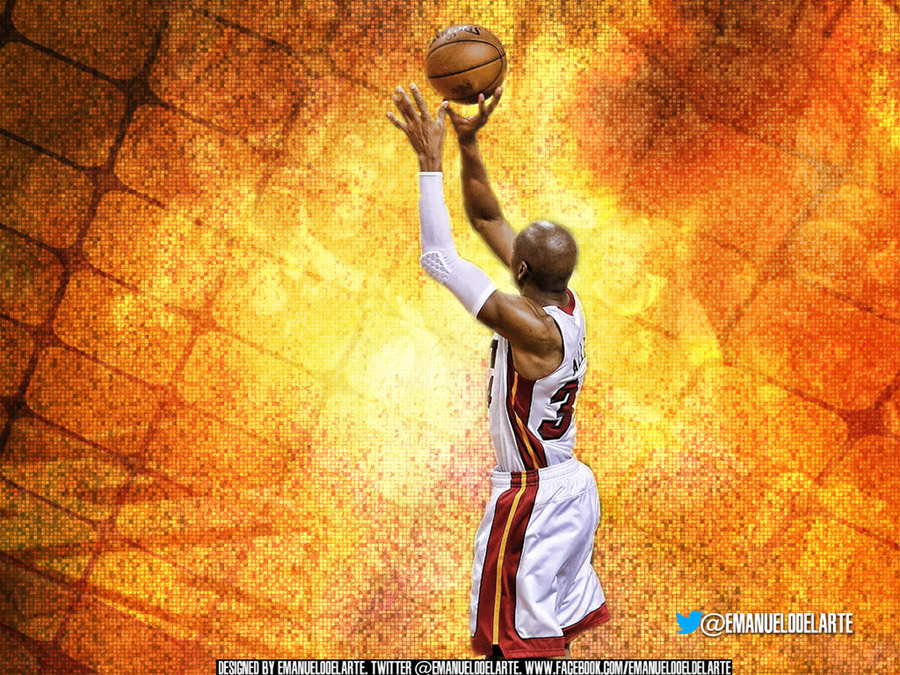 We’re less then 24 hours away from the next big thing in NBA (2013 NBA Draft) but it seems i simply can’t stop finding good walls of 2013 NBA Finals series 😀 😀 it’s just one more proof that finals series was one of the best in recent past and that it will be remembered for a long time… and here’s wallpaper of Ray Allen’s clutch shot at the end of game 6 that propably changed everything for both Heat and Spurs teams… wallpaper was made by http://emanuelooelarte.deviantart.com