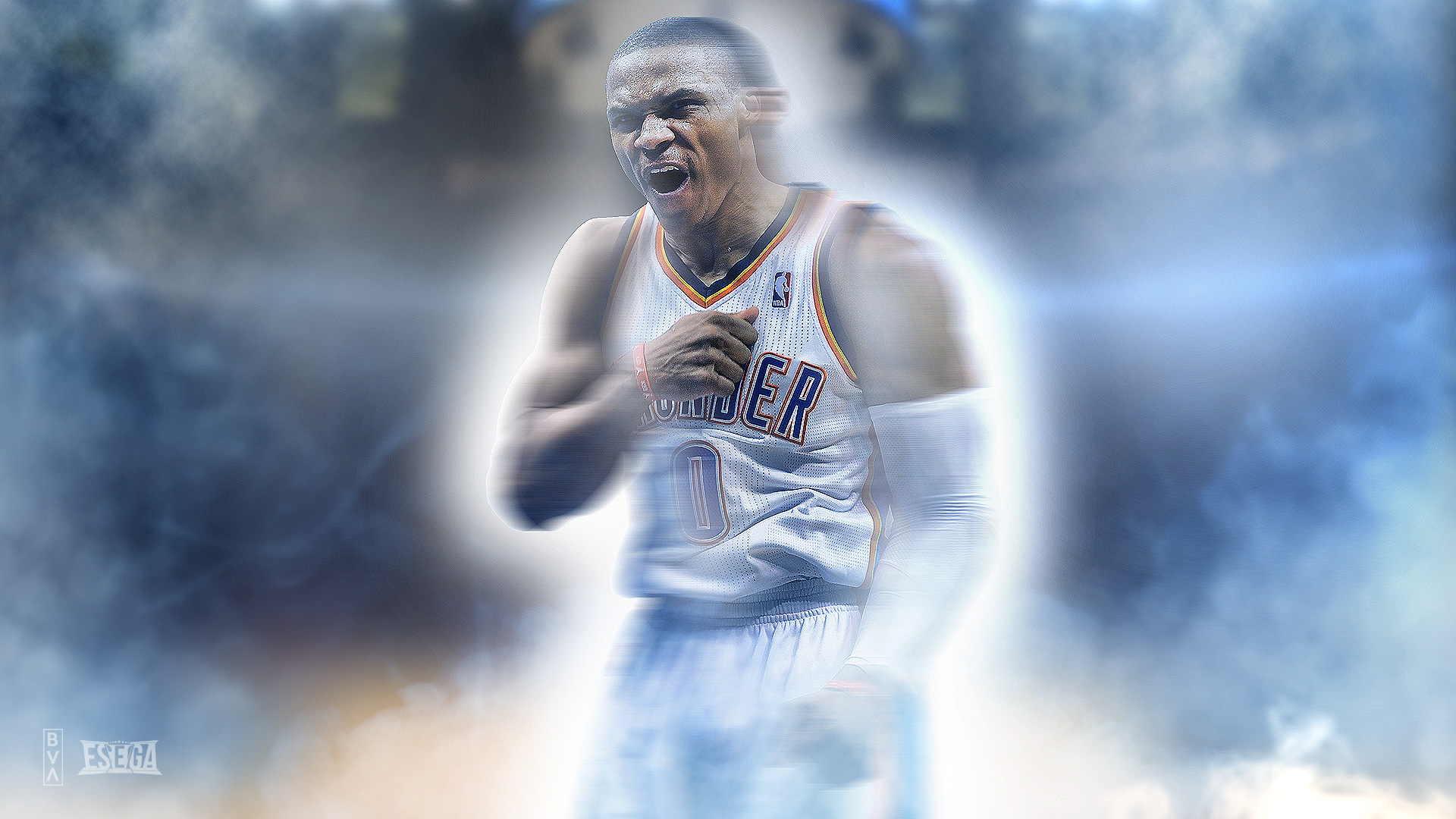 2014-2015 NBA season is coming to an end… There are only one or two more games, depending of Warriors and Cavaliers and if Finals series will go to game 7 or Warriors will win title in game 6… There are lots of great players who left their mark in 2015 and one of them is for sure Russell Westbrook, one of main candidates for 2015 regular season MVP award and 2015 NBA All-Star MVP… wallpaper was created by http://esegagraphic.deviantart.com