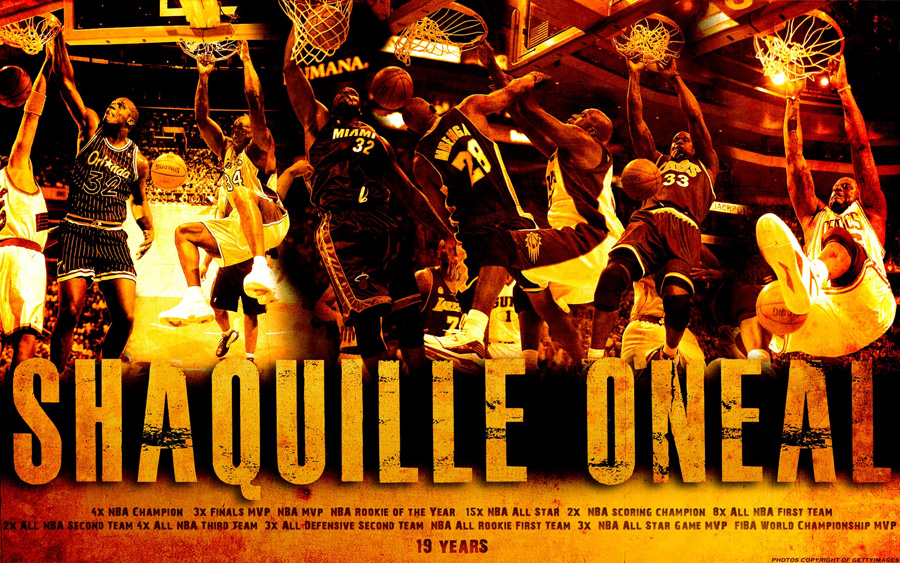 You all heard, read or saw in sport news that Shaq held press conference and answered questions related to his retirement decision few days ago… i’ve mentioned his retirement day or two before news hit the net as part of 2011 NBA Playoffs wallpaper daily update (i think it was after the first game of 2011 NBA Finals)… anyway, i have 2 good looking widescreen wallpapers of Shaq, both made after he announced retirement… in this wallpaper there are pictures of Shaq from all of teams he played for and list of his career achievements… just to list some, he won 4 NBA titles, was 3 times NBA Finals MVP, was NBA Rookie of The Year, 3 times NBA All-Star MVP, 2 times NBA Scoring champion, attended NBA All-Star game 15 times, has gold medals from both FIBA World Championship and Olympic Games, and was named in 1st, 2nd and 3rd NBA teams many times… what a career !!!! btw wallpaper was made by Ryan Hurst…
Share With Friends