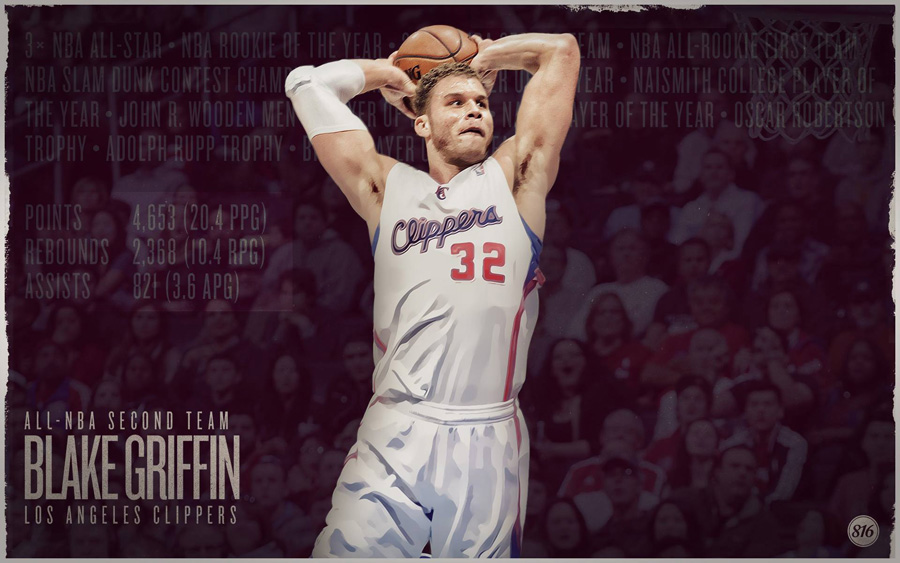 Second member of 2013 All-NBA Team at forward position is Blake Griffin of LA Clippers… Griffin had another good year, lots of spectacular dunks and moves we all got used to – but he also finished season with averaging double-double (PTS and REB)… wallpaper was made by Chris Francis…
Share With Friends