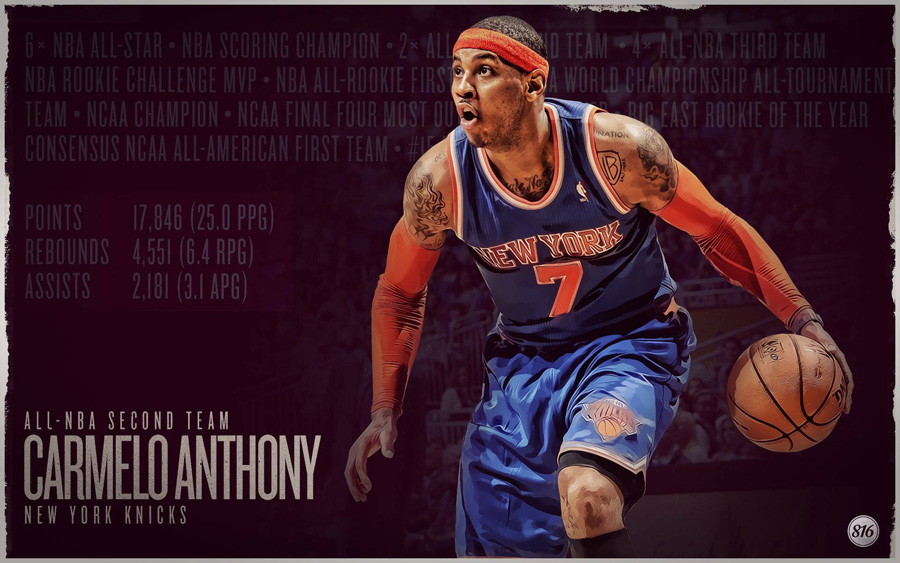 Next will be new widescreen wallpaper of Carmelo Anthony who had great season behind him which he crowned with first NBA scoring title of his career… his Knicks opened season very good and finished as second team in east, only behind Heat… wallpaper was made by Chris Francis…
Share With Friends