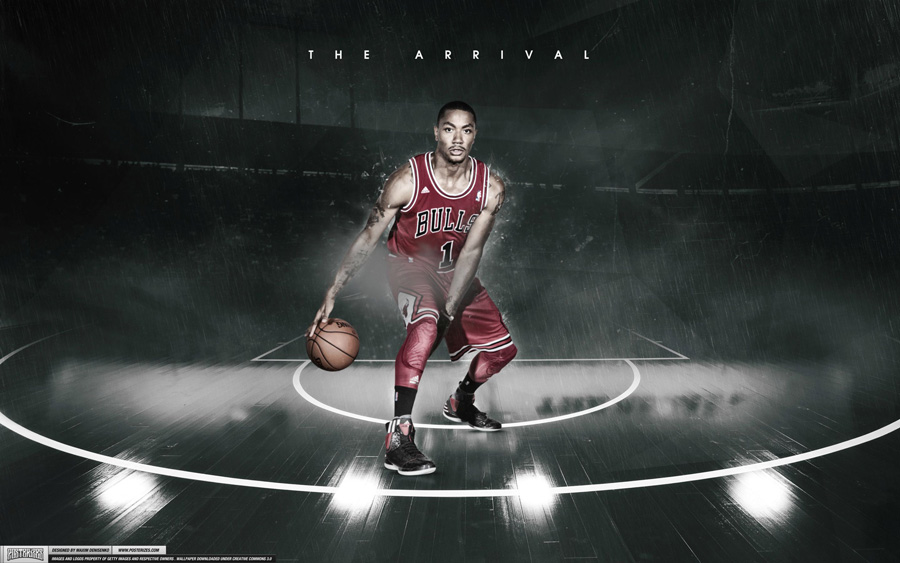 i have read some article few days ago and it was named something like "The top 10 reasons why you should follow 2013-14 NBA season"… some of them were to see if Heat will win three-peat, will Kobe play like before injury, how will Nets do with new team, how will Dwight play in Rockets, if LeBron ill win another MVP award etc… but one of the top rated reasons was the return of Derrick Rose, as expected… ex-NBA MVP made Bulls fans hungry for his game, he kept them waiting for so long and now when he’s back he plays great, maybe even better then he did before injury (not my words but opinon i’ve seen in many fans comments)… so i am posting another D-Rose wallpaper, a wallpaper made by Maxim Denisenko…
Share With Friends