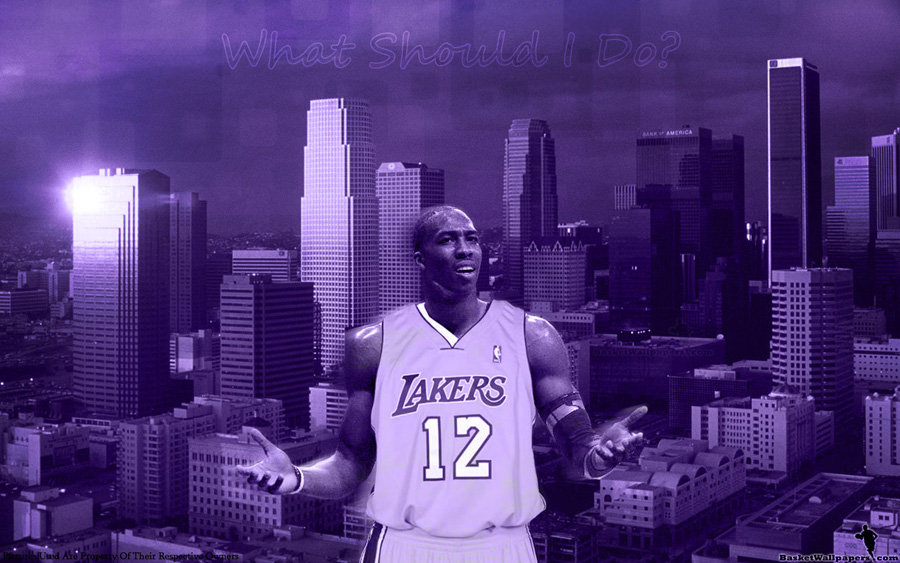 it’s time for the first of 2011 NBA playoffs update

first game starts in about half day from this moment and i think it’s time for me to add some good playoffs wallpaper here… but before i start, i have widescreen wallpaper of Dwight Howard in LA LAkers uniform (photo manipulation)… wallpaper was requested by Karl Abuan at BasketWallpapers.com facebook fan page and he also sent me link of Dwight’s picture i used to make wallpaper… thanks for request and for pic bro, hope you’ll like wallpaper

there’s already mentioned pic of D-Howard in Lakers jersey, landscape photo of City of Los Angeles in background and What Should I Do? inscription near top of wallpaper (related to LeBron’s summer question)… will Howard move to LA next year? will history repeat for Magic and will they lose most dominant center of his era like they lost Shaq? will Kobe become the only guard to play with two most dominant centers of his decade? lots of questions, even more possible theories and answers… but one thing is for sure, big part will be determined by Magic results in this and next year playoffs