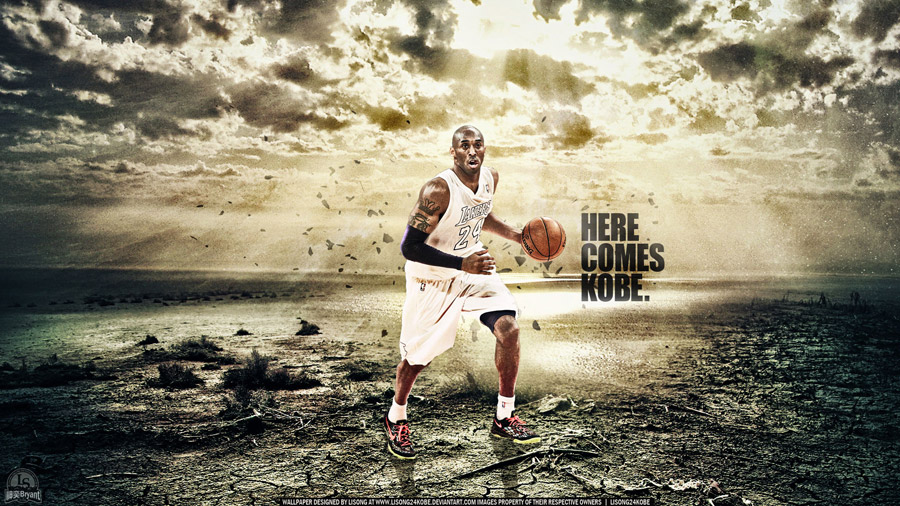 some interesting things were happening around Kobe in recent past… First he reached 30000 points mark, then he said that he would score even more points if he didn’t have Shaq in his team, then there were usual comparisons between Kobe and MJ, and announcement of D’Antoni that Nash will probably make Bryant play on highest level for few more extra seasons… i will not comment any of these, just will say some of these made me thinking about various stuff about Kobe and made me aware that he is getting into NBA veteran ages… Lakers play better since Nash returned, and will probably make their score a lot better by the end of season… Kobe is leading scorer in NBA atm, and time will tell if Lakers can get into the big NBA Finals this year or all who gave them title upfront this summer were wrong

anyway, this great wallpaper was made by Lisong24kobe…
Share With Friends