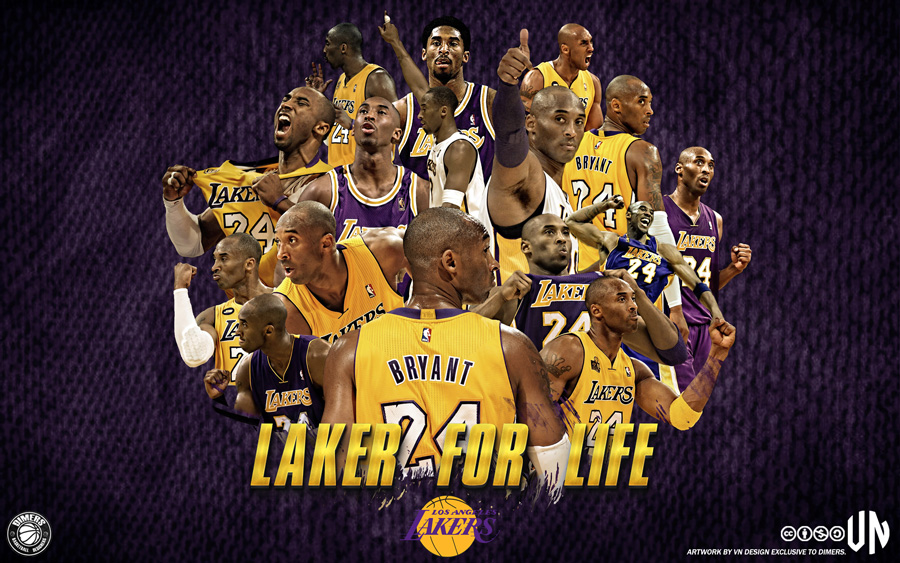 The hottest subject in NBA for the past week or so was (again) Kobe Bryant… As you know whole basketball World was waiting for Kobe to reach #3 spot at All-Time NBA Scoring list, and he did it with 2 free throws several hours ago

He passed Michael Jordan and his next potential target on this list is Karl Malone… Anyway, here’s new big resolution HD widescreen wallpaper of Kobe featuring pictures from his career (rookie season up to pics from 2014.)… Wallpaper was created by VNDesign…
Share With Friends