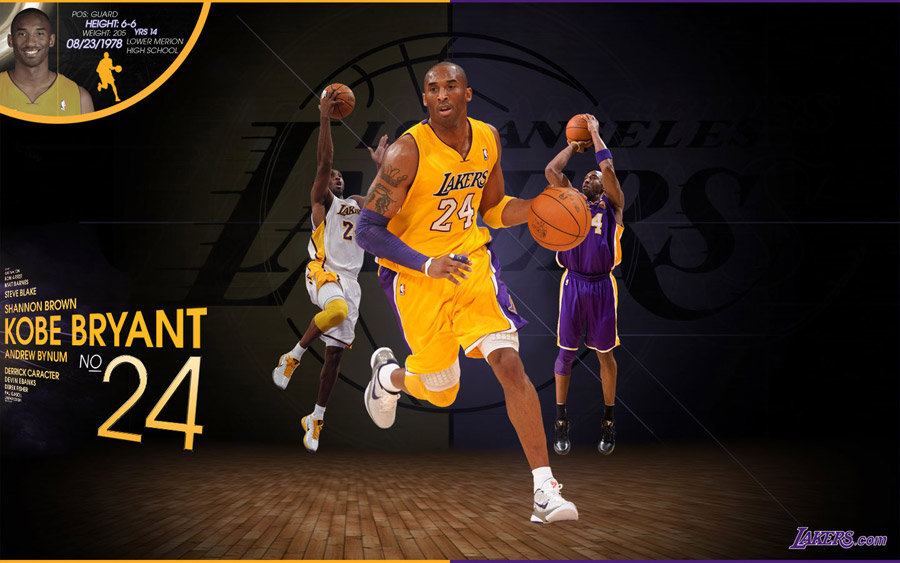 The last for today is new widescreen wallpaper of Kobe taking made for 2011/12 season (made by Lakers.com)… Kobe was named player of the week few hours ago and he marked last week or a bit more with 4 games he scored 40 or more points in (tho they lost last game with Clippers and imo Kobe soloed it too much instead of spreading defense and feeding his big men in paint)… but anyway, Kobe is on good path to gain some more personal records, recently he passed 28000 career points mark and became the youngest player in NBA history to get to 28k which is a big thing you have to admit