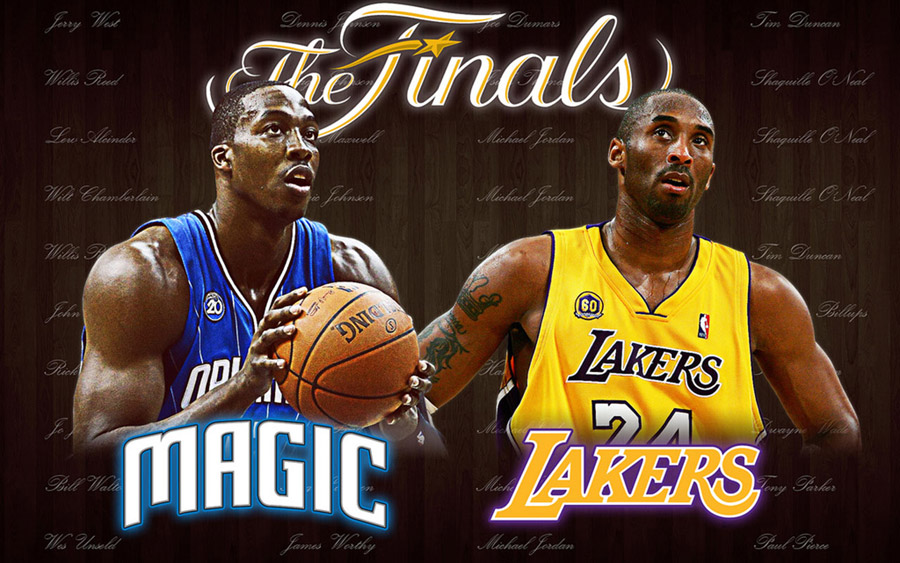 As i mentioned in first post of today’s update, tonight starts 2009 NBA Finals between Orlando Magic and LA Lakers

here’s wallpaper made for 2009 Finals series that was sent to me by Arab Money together with bunch of other good wallpapers earlier today – thanks a lot man, what else can i say