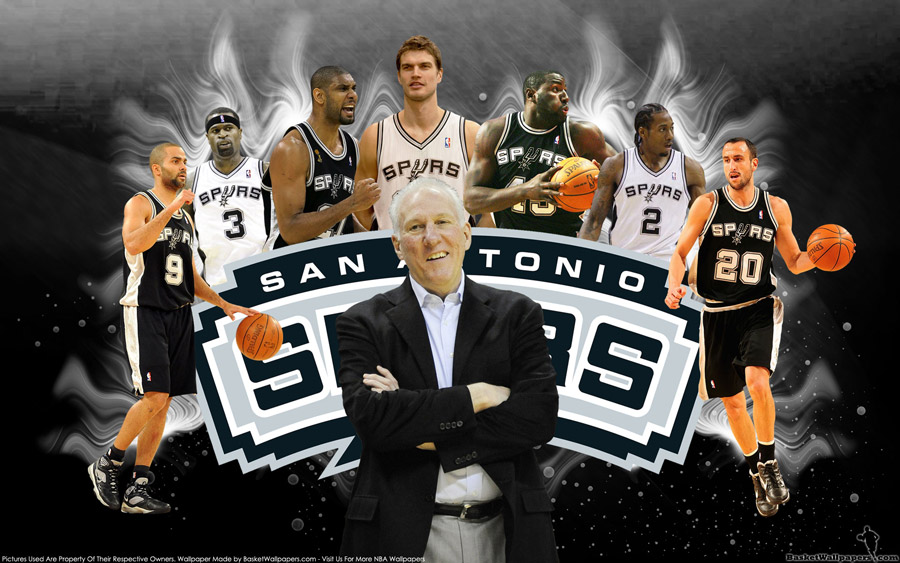 as i told at BasketWallpapers.com Facebook fan page, i am going to show some love to teams that didn’t have a lot coverage in last few months on this site… for today i have made new widescreen wallpaper of San Antonio Spurs with Spurs logo, coach Gregg Popovich and several Spurs players that are in 2013/2013 season roster… wallpaper is nothing spectacular or fancy, but i hope Spurs fans will like it