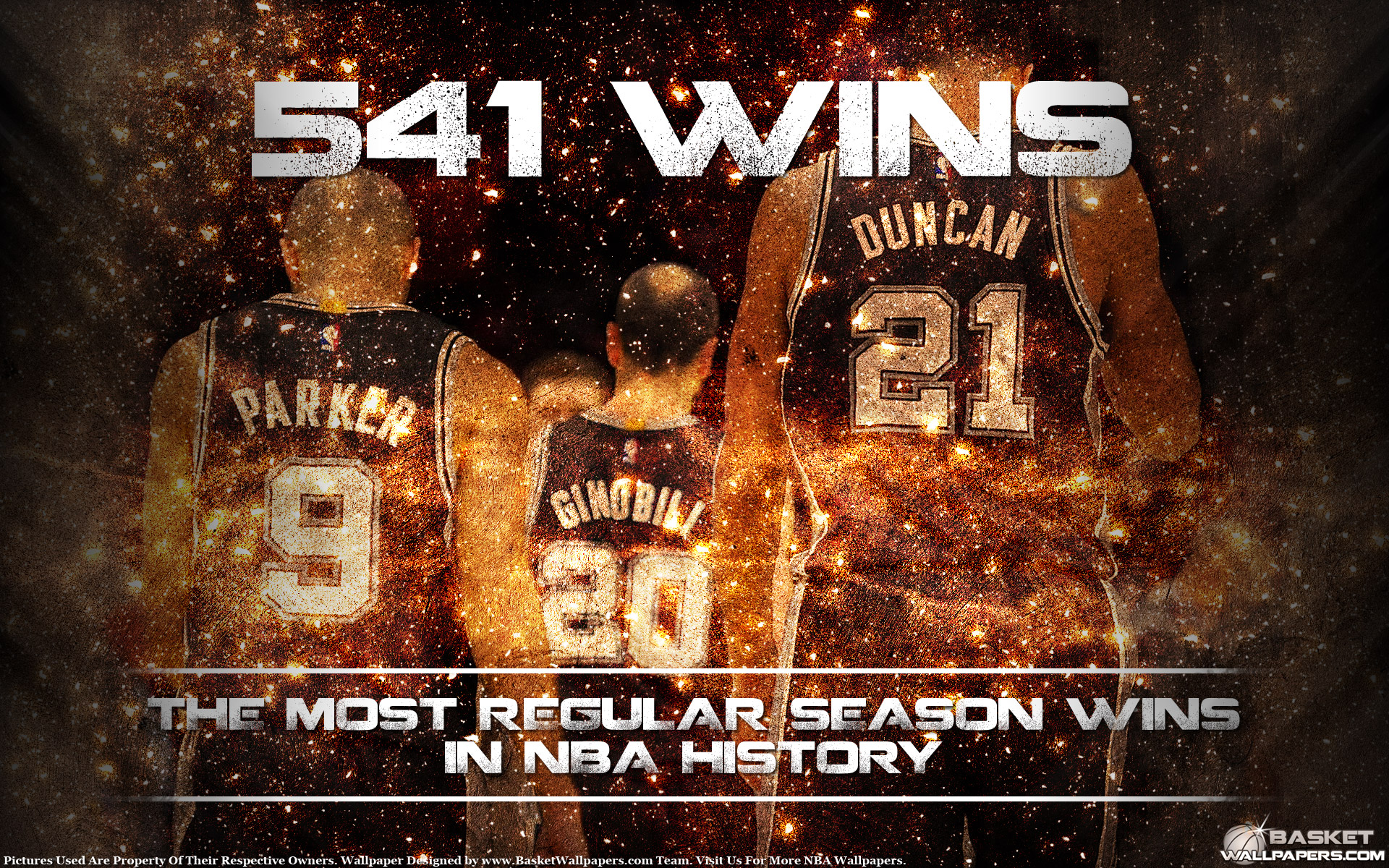 This will be the last wallpaper for today… It is HD widescreen wallpaper of the Spurs Trio (Tim Duncan, Tony Parker and Manu Ginobili) that led Spurs organization in last 15 years (or so)… Earlier today, these Spurs legends became Trio with the most regular season wins in NBA History

Spurs have won game against Celtics – and that was 541st won game for Tim, Tony and Manu… Three of them already hold record for the most won games in NBA Playoffs and now they are officially trio with the most wins in regular season too

What an era (or dynasty) for San Antonio Spurs !!! I honestly doubt that any team will ever manage to break this record… Congrats to Tim, Tony and Manu from my heart !!! You guys are the true ambassadors of basketball and sport idols !!! I am 100% sure that in whole World there is not a single true basketball fan who can hate you guys… People might like you more or less, but you have deserved every true basketball fan’s respect over and over and over again during the last decade !!!