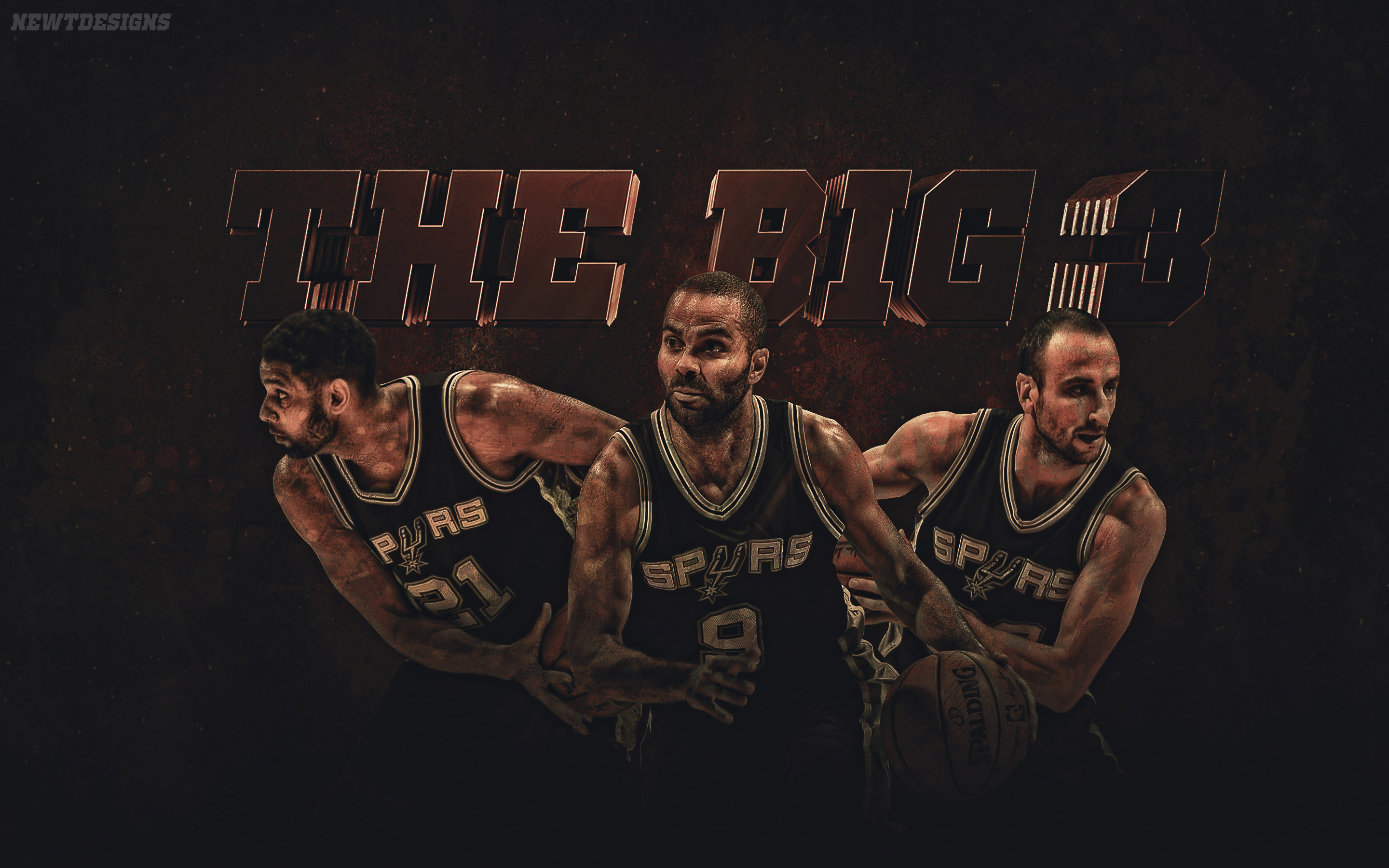 San Antonio Spurs are eliminated from 2016 NBA Playoffs in conference semi-finals by Thunder… But that’s not the only reason Spurs fans might be sad – game 6 of Spurs vs Thunder series was maybe the last game of Spurs big 3 that was force in NBA for the last decade… Many bloggers, experts and fans think that Tim Duncan will maybe retire this summer which could mean the end of Duncan, Parker and Ginobili era

This wallpaper of Spurs big 3 was created by NewtDesigns