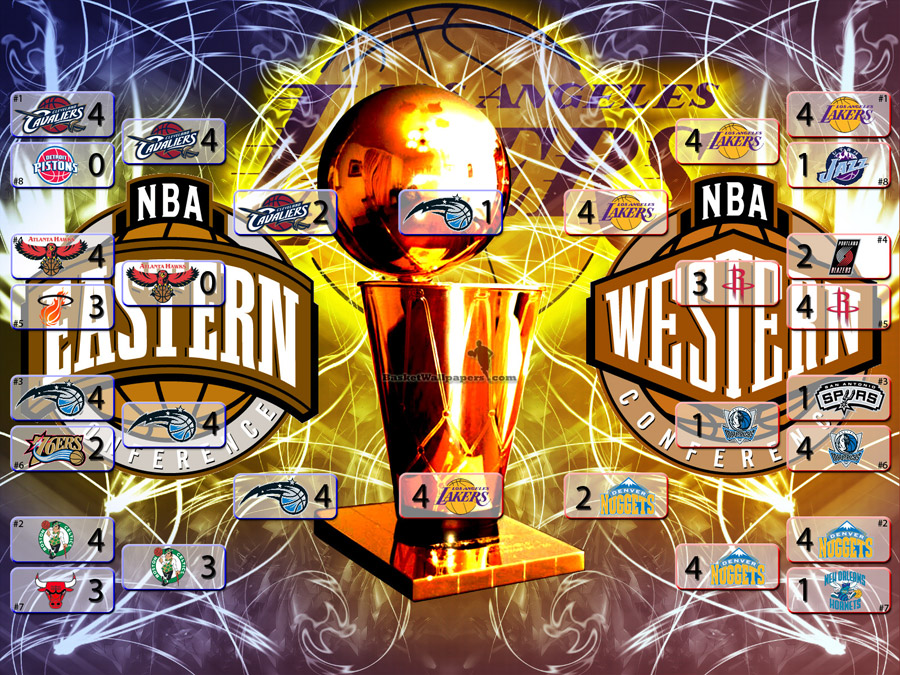 It’s been almost two months since i have posted the first version of this wallpaper, two good months with lots of good games

Those of you who were with me all time during playoffs know what it looked like, 16 teams, lots of empty brackets, all zeros, and big question – who will be 2009 NBA champion

And now we have new NBA champions – LA Lakers

this is 15th NBA title for Lakers team in history, but this title was also special for few more Lakers members… First of all, Lakers coach Phil Jackson won his 10th NBA title as coach and became the only coach in NBA history to accomplish that… Second, Kobe finally won championship without Shaq and got NBA Finals MVP trophy

Congrats to all of them, whole Lakers team, from me !!!
Share With Friends