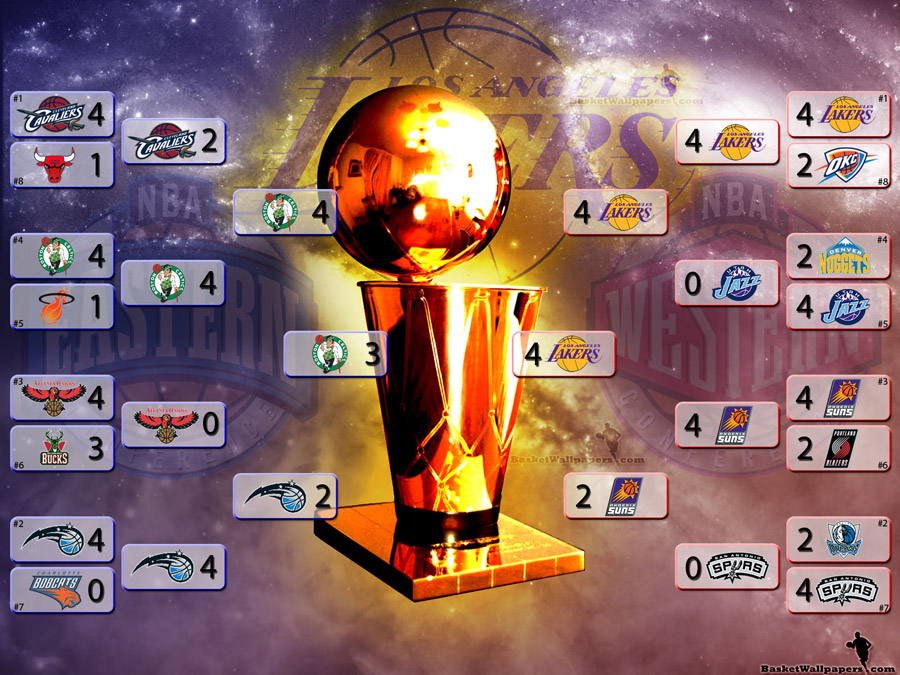 I honestly cheered up for Celtics, not cause i don’t like Lakers but because i always liked eastern conference teams

But Lakers won their well deserved 16th NBA title in team history and i congratulate to all players, coach Phil, and team management… Kobe was named MVP of finals again, his second straight… Now we have exciting summer ahead of us… Draft that might bring some new future legends into league, huge trades that might change NBA history in years to come, world championship where the best basketball nations will face once again :))) i will try to follow all those events and provide related wallpapers so stay with me