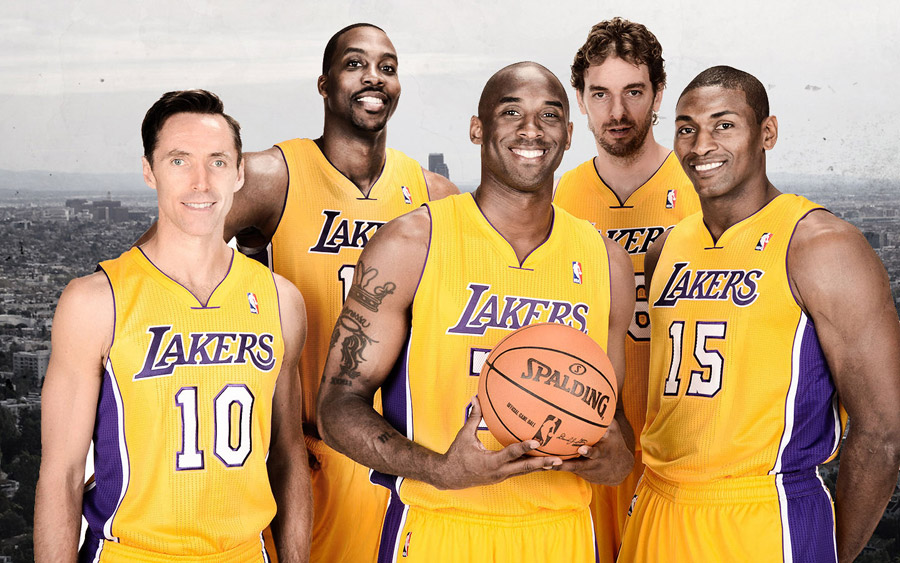 start of 2012/13 NBA season is less then a month away, official promotions of many teams have started since 2012 NBA Team Media Days, atmosphere around the league is heating up, especially around the Lakers (latest Kobe – Dwight di*k messuring statements, and George Karl’s interview when he said that he hates Lakers)… anyway, here’s widescreen wallpaper of the Lakers 2013 starting five, the first one made from real picture of them posing together (not photo manipulations)… picture was made as part of 2012 NBA Team Media Days and wallpaper was made by Lisong24kobe…
Share With Friends